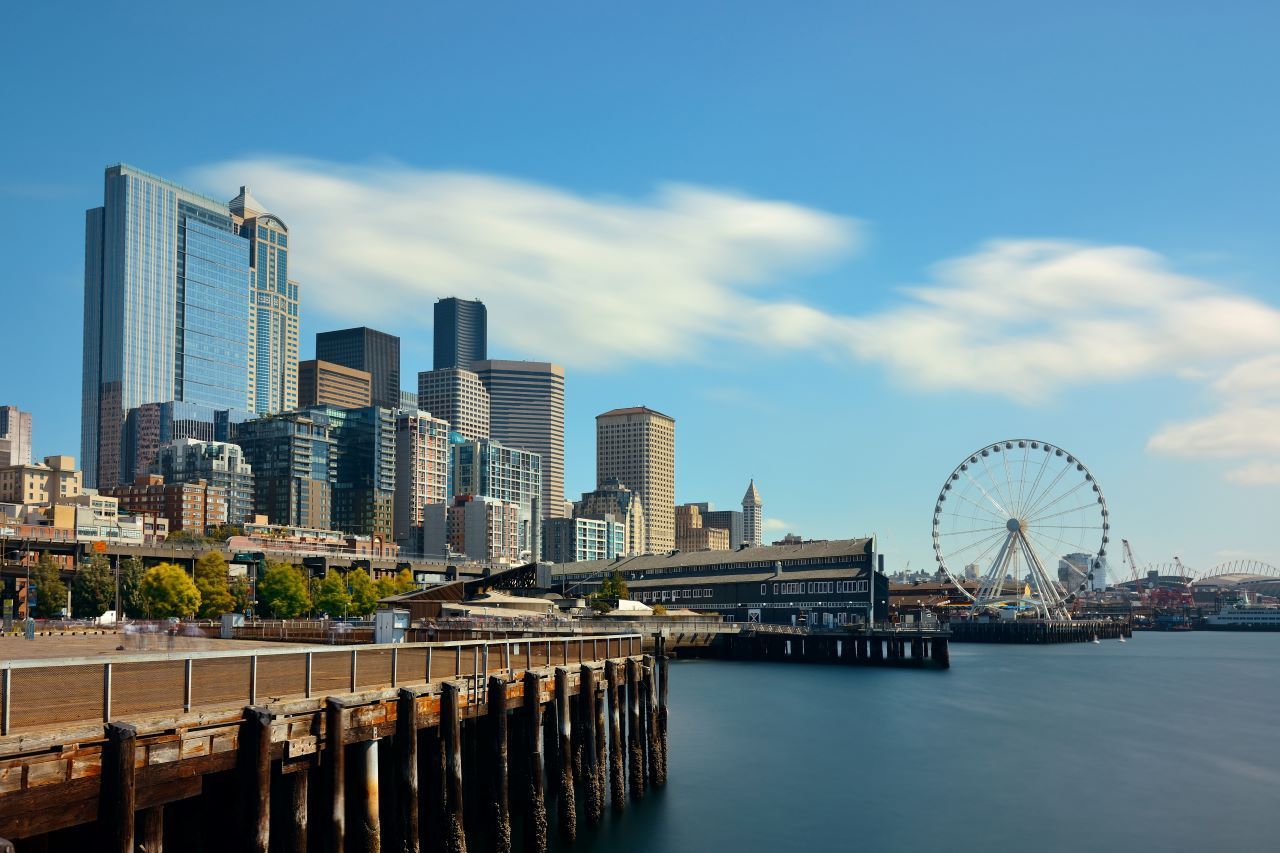 Following so many shuttered businesses, restaurants and cancelled events, it seemed that Seattle was in need of a win. And thankfully, that’s just what the city received in September 2020, with the unveiling of the reconstructed Pier 62 on the waterfront.

The new pier, comprised of 175 steel legs and an attached floating dock with concrete paneling, has been under construction since 2017, when safety concerns led to the closure of the original Pier 62. It’s opening was particularly timely, too, as shortly before it reopened the popular Pier 58 partially collapsed into Puget Sound.

But beyond offering a bit of hope to bored Seattleites, Pier 62 is just one piece of a much larger puzzle. The pier will offer a space for art and community, and already features installations from local artists. In the future, community planners foresee live music, food trucks and, most importantly, space for cultural events like ceremonies for local tribes.

The pier is also located near the Seattle Aquarium, creating easy opportunities for marine research, while historic vessels can safely drift in.

Pier 62 and everything it promises is part of the vision for Seattle’s Waterfront Park project. The project is the brainchild of an unprecedented collaboration between Seattle’s parks department and the nonprofit Friends of Waterfront Seattle.

The end result of the project will be a 20-acre park that celebrates the working waterfront while also restoring the nearshore marine environment. The plan is for an environmentally friendly design, in which the park’s plants will filter rainwater, improve water quality and help the local salmon population thrive.

Additionally, the park will be a space for free public programming like performances, festivals, yoga, soccer and ice skating, along with elevated views of Elliott Bay.

Why not get a sneak-peek at what’s to come, and imagine a brighter future from the serene surroundings of Pier 62?

This article was originally posted on Seattle Met by Benjamin Cassidy and GettheWReport.com

Related Articles
Community News How to Plant an Herb Garden Homeowners are always seeking ways to breathe new life into the spaces in their homes. Using nature to achieve this transformation is beneficial in several ways. Planting an herb garden not only helps to make your kitchen feel fresh and sustainable, but it can make your food taste better, too. Here are some tips for […]
Community News Have a Happy, Haunted Halloween Boo! Did we scare you? Whether you’re a die-hard haunted house fan, or you prefer to leave the hauntings for your braver friends, there’s no arguing that Halloween is the season for thrills, chills and things that go bump in the night. We’ve gathered up a few of the region’s top haunted attractions for you […]
Community News Seattle Remains No.2 City for Relocation, Despite Remote Work Options Much work in 2020 has shifted from high rises and board rooms to home offices and video calls. While some employees are itching to get back to the office and resume business as usual, it was initially believed that another subset of Seattle’s sizeable tech force was considering life outside the city. This prediction was […]