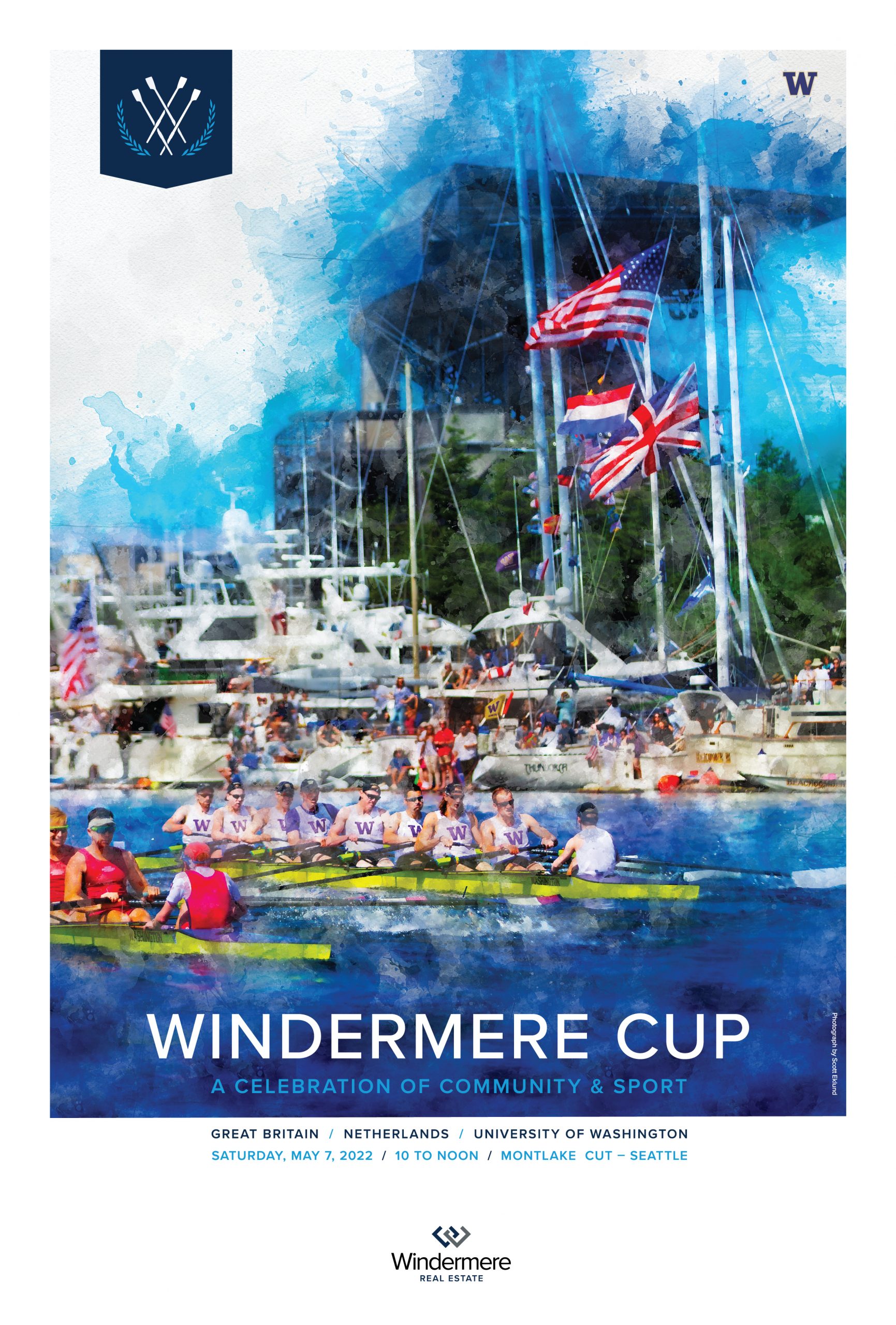 The 36th annual Windermere Cup will be held Saturday May 7th, 2022, in Seattle, Washington. The rowing regatta hosted by Windermere Real Estate and the University of Washington brings together the best rowing crews in the world for a weekend of festivities and races along Seattle’s scenic Montlake Cut. After a cancellation in 2020 due to the COVID-19 pandemic and a limited event in 2021, the Windermere Cup returns in full force in 2022.

The University of Washington men’s and women’s crews will face off against top international talent in a battle for Windermere Cup supremacy. Held annually on the first Saturday in May, the Windermere Cup is both an international sporting event and a celebration of boating season open day. Following the races, the Seattle Yacht Club hosts their annual Opening Day Boat Parade.

Two storied programs make their way to Seattle this year to compete against the University of Washington: the Netherlands Men’s National Team and the Great Britain Women’s National Team. Last year, the Dutch men’s rowing team finished fourth at the Tokyo Olympic Games. At the Under 23 level, the Dutch men’s eight has rowed in the grand final in each of the last four world championships, winning bronze in 2019 and gold in 2017. The British women’s crew won silver at the 2016 Olympic Games in Rio de Janeiro and were one of only seven nations to qualify for the 2020 Tokyo Olympics. Great Britain’s women’s eight also won silver in the World Rowing Under 23 Championships in 2019 and gold in the women’s four in 2021.

These crews face a University of Washington rowing program whose long tradition of winning on both national and global stages shows no signs of slowing. The UW women have won twelve national championships, including two of the last four; while the men’s team has won nineteen national titles, including eight of the last fourteen. In May of last year, the UW men’s team swept all four grand finals at the 2021 Intercollegiate Rowing Association Championship Regatta.

The night before the regatta we’ll be hosting this year’s Party on the Cut! The event will take place Friday, May 6th, from 6 pm to 10pm. Come join us on the northeast corner of the Cut for an evening of fun, games, live music, food, and drinks. Tickets are $25 in advance or $35 at the door. This year features live performances from Nite Wave and the Queen tribute band Queen Mother. Tickets can be purchased through Brown Paper Tickets here: Party on the Cut 2022.

For more information and a schedule of events, visit windermerecup.com and follow Windermere Cup on Facebook and Twitter. You can also join in the fun on social media with the official hashtag of this year’s Windermere Cup: #WindermereCup2022